This web site uses cookies to deliver its users personalized dynamic content. You are hereby informed that cookies are necessary for the web site's functioning and that by continuing to use this web sites, cookies will be used in cooperation with your Web browser.
I agree
HrvatskihrEnglishen

Professor of International Law,
Head of the International Law Department, University of Zagreb, Faculty of Law.
UNIVERSITY EDUCATION: B.A. (1980), M.A. (1987) and Ph.D. (1991), Faculty of Law, University of Zagreb.
SPECIALIZATION AND RESEARCH VISITS: Halifax (Canada), The Hague (The Netherlands), Heidelberg (Germany), Luxembourg, Nijmegen (The Netherlands), Thessaloniki (Greece).
INVITED LECTURER AND SPEAKER at postgraduate courses and international conferences: Agrigento, Anacapri, Athens, Dubrovnik, Geneva, Genoa, The Hague, Ljubljana, Naples, Nijmegen, Split, Tunis; co-director of a postgraduate course on the law of the sea at the Dubrovnik Inter-University Centre (1992-2001).
INTERGOVERNMENTAL CONFERENCES AND MEETINGS:
- participated in amending process of the Barcelona Convention and its related Protocols and the Mediterranean Action Plan (1994-1995, 2002-2003);
- participated in revision of the 1954 Hague Convention for the Protection of Cultural Property in the Event of Armed Conflict (1995-1999);
- Member of the Croatian delegation at the Meetings of the States Parties to the UN Convention on the Law of the Sea (1995-1998);
- Member of the Bureau of the 1954 UNESCO Convention for the Protection of Cultural Property in the Event of Armed Conflict and its 1999 Protocol (2010-2014).
MEMBERSHIP IN INTERNATIONAL BODIES:
1997 - Member of the Advisory Body of Experts on the Law of the Sea (ABE-LOS) of the Intergovernmental Oceanographic Commission (IOC) of the United Nations Educational, Scientific and Cultural Organization (UNESCO);
1998-2008 - Member of the European Commission against Racism and Intolerance (ECRI) of the Council of Europe;
since 2002 - Permanent Court of Arbitration, Arbitrator under Optional Rules for Arbitration of Disputes relating to Natural Resources and/or Environment;
2003-2006 - Member of the Board of Directors of the European Law Faculty Association (ELFA) (2004-2006, Vice-president);
2004-2006 – Member of the European Science Foundation; Standing Committee for the Social Sciences.
OTHER (inter alia):
2007 - Co-Agent of the Republic of Croatia before the International Court of Justice (ICJ) in the case concerning Application of the Convention on the Prevention and Punishment of the Crime of Genocide (Croatia v. Serbia); member of the team of the Republic of Croatia in the oral proceedings before the ICJ in 2008 (jurisdiction phase) and in 2014 (merits);
2010 - Agent of the Republic of Croatia before the Arbitration Tribunal in the case concerning land and maritime delimitation between Croatia and Slovenia; Head of Croatian team in the oral proceedings before the Arbitral Tribunal in The Hague in 2014. 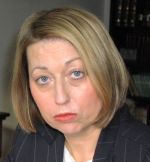 Pollution from Offshore Activities in the Mediterranean: Prevention and Liability

The Development of the International Marine Environmental Protection and Current Problems

The international and civil liability for damages to marine environment

The Boundaries of the Republic of Croatia at Sea

The transcript of the soundtrack from the symposium "Personal criminal liability in the practice of the International Criminal Tribunal for the former Yugoslavia", Faculty of Law, University of Zagreb, 28 November 2011

Article 51 of the UN Charter and the "War" against Terrorism

Law of the European Union and International Law

The European Union Law - A Self Contained Regime)

The Principle of "Uti Possidetis" in International Law

The Exclusive Economic Zone in the Adriatic

State Responsibility : Questions of Fault and Due Diligence

Protection of Cultural Property in Time of Armed Conflict

The 1992 UN Conference on Environment and Development and the Mediterranean: the 1995 Amendments of Barcelona Convention and its Related Protocols

Succession of States in Respect of State Archives

Leader of the research project on the application of international humanitarian law in the Republic of Croatia, the results of which wrere published in: Customary International Humanitarian Law, Volume 1, Rules, ed. by J-M. Henckaerts, L. Doswald-Beck, ICRC, 2005.